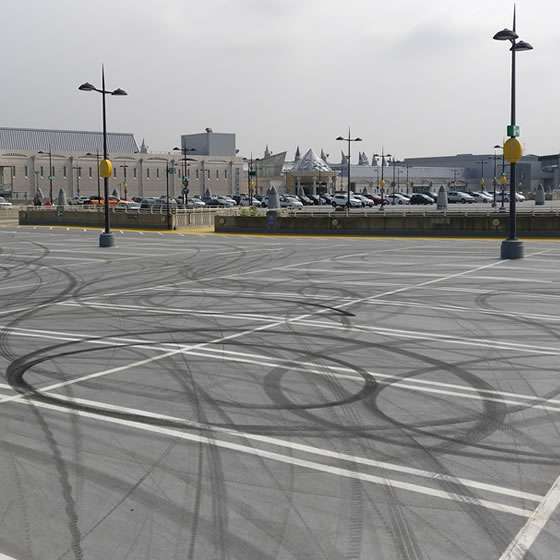 Large, open car parks are like magnets in attracting groups of boy racers who compete for glory and tear-up the surface by spinning ‘donuts’, skidding and drifting.
It’s dangerous, anti-social and the damaged surface costs tens of thousands to repair.

At one of the UK’s largest out of town shopping centres, covering 240 acres, the central shopping hub is surrounded by car parks which provide around 13,000 free spaces in 18 different areas to the 28m annual visitors.

Despite having its own police station on site, even this security measure hasn’t been enough to deter the plague of boy racers who frequently turn up at night or weekends and use the overspill car parks to race and show off their ‘Fast and Furious’ dangerous manoeuvres, leaving skid and tyre marks all over the car park surface.

The car parks are treated with special paint to make them safer; however, after a visit from the boy racers, cleaning off the extensive rubber and grease marks also removes this special surface and all the lines, and it’s incredibly expensive to replace. 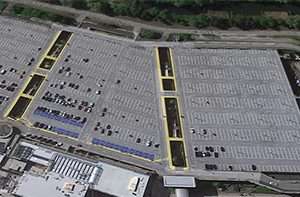 CCTV exists in and around the central areas but it doesn’t extend out to the overspill car parks which are located away from the main hub.

This anti-social vehicle activity became so bad, action was needed to both deter or apprehend the perpetrators.

Given that it recently cost some £400,000 to clean, resurface and repaint the top-level car parks, the management didn’t want this problem to spiral out of control.

We were called in by Incentive FM to assess the situation and decided to install two inView CCTV towers.  They are an excellent visual deterrent in their own right and also provide a near 360° remote view of the surrounding area from their inbuilt 6m telescopic mast. (You can read more about our car park security services here).

One tower was sited on the approach road to the relevant car parks to monitor vehicles entering and leaving, and one was placed within the top-level overspill car park itself.

These location decisions were made possible because the CCTV towers are able to continuously operate independently of mains power, utililising in-built solar panels and large rechargeable batteries. 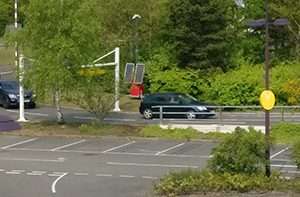 As a result of the CCTV deployment, incidence of car park ASB immediately declined although, initially, a hard core of perpetrators persisted and ignored the warnings.

Consequently, registration plates of vehicles entering and leaving the site at certain times were matched with footage of cars racing and causing disfiguring marks over the surface of the car park.

With incontrovertible video evidence, the owners of the vehicles were traced and prosecutions pursued by the police.
Word has now obviously spread that these car parks are no longer a viable location for fast & furious car games as the activity soon ceased once Summons were served.

Having provided a wide variety of CCTV-related services to similar clients, we are the ideal company to consult for problems of this nature.
In this case we proved how effective the inView towers are in just the first weekend on-site. 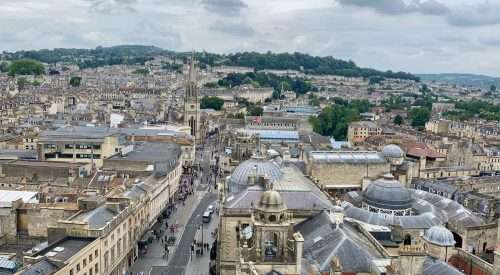 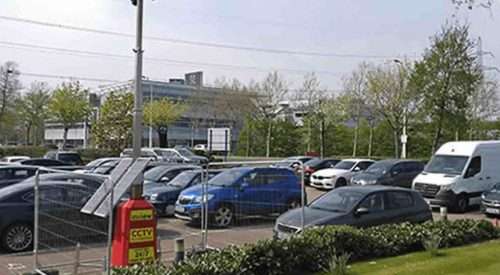 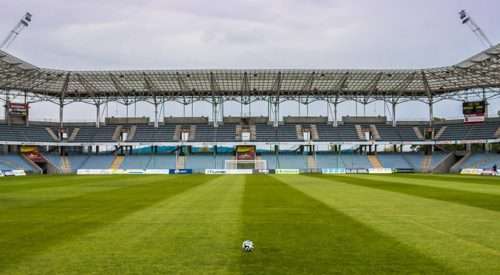