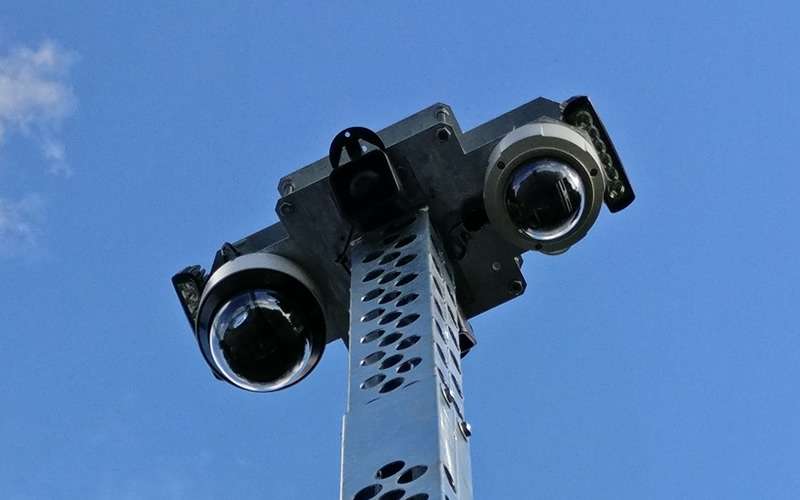 PIR (Passive Infra-Red) detection is a technology used in security systems to detect movement or intruders by recognising light emitted from nearby objects. PIR is the result of years of product innovation as security companies find new and innovative ways to detect the presence of intruders in commercial and domestic facilities.

Over the years, PIR sensors and cameras have been proven to be one of the most successful ways to effectively detect intruders, however, they’re not without their flaws. So what exactly is a PIR Sensor? And what is it about them that makes them so effective?

How do PIR Sensors work?

Radiation is produced by all objects that have a temperature greater than absolute zero. This energy is expressed in the form of heat energy. Because heat radiates as infrared wavelengths, much of this radiation is not visible to the human eye, however it can be detected by electronic instruments that have been specifically constructed for this purpose.

In the context of PIR sensors in burglar alarms, this technology is combined with a relay – a circuit component that passes across two contacts – to trigger an alarm. When the PIR sensor senses movement, it activates the relay, which interrupts the circuit and causes the alarm to sound.

PIR sensors, at their most fundamental level, work by detecting positive differential change. Two infrared-sensitive slots are located in front of the lens, and the range of detection is determined by the slots’ field of “vision”. While both slots are ‘idle’, the ambient amount of infrared sensed in the room (which is naturally emitted by all items) is the same on both slots while they are ‘active’. When an object, person, or animal moves through the detecting region, it is sensed by one of the slots before the other, creating a positive differential change as it passes through and a negative differential change as it exits.

Once the PIR sensor detects movement an alert is sent to the alarm panel which activates the alarm. It is critical to completely enclose the PIR sensor itself with a material that can reduce the effects of external temperature and humidity, such as metals like silicon.

The benefits of PIR

PIR motion sensors can have many benefits in commercial and residential settings. PIR cameras are often compared to motion sensor cameras, but PIR has a strong benefit over standard motion detection – the reduction of false alarms. Motion detection cameras cannot distinguish between leaf movement and a human intruder for example as they simply detect all types of movement. PIR only detects heat changes, resulting in more reliable triggers, common false triggers such as bugs, wind movement, leaves, etc aren’t picked up – saving you time and money on monitoring cost.

The main usage of PIR cameras in a commercial setting or construction site is to aid in the protection of vacant spaces. Whilst alarms are not exactly a preventative technology, they can be used to trigger a response should intruders breach your initial security measures. PIR technology can be installed in the following strategic locations to detect unwanted visitors:

How can you reduce false alarms with PIR (and standard motion detectors)?

PIR sensors are great at determining if you have an intruder or it’s just an animal, for example. They have a better accuracy level and can reduce false alarms overall. However, you should pay attention to some small details to further reduce the risk of false alarms from your PIR motion sensors.

Many false alarms will be caused by the placement of the alarm and sensors rather than the cost or quality of the alarm. This means that when installing wireless motion detector alarms, you should arrange them in places that maximise their efficiency while minimising false warnings.

Simple things like air blowing in close proximity or a rodent moving across the floor can still set off your alarm.

Testing your alarm placement is best done after a false alarm occurs. Misfires in equipment and radio frequency interference can also create false alarms. First, rule out any of these issues. If in doubt, check the positioning of the camera. Examine the area around the motion detector to see whether it is causing random alarms. Clearway uses PIR technology, including in our CCTV tower set up. Our CCTV tower cameras are an effective solution for monitoring large outdoor spaces – especially in construction sites, large vacant areas and car parks. As you’ll see from the diagram, our inView CCTV tower can connect up to 8 remote, wireless PIR sensors, mounted up to 100m from the tower.

When a PIR is activated by an intruder, a live audio challenge can be used from the monitoring station to communicate with the intruders. Upon detection, each PIR will instruct the tower’s camera to rotate, zoom and focus on the cause of the activation. Our CCTV Tower is mains powered with a 24 hour integral back-up battery to provide continuous activation, recording and remote access.

If you’re looking to secure your assets, contact one of our specialists today on 01322 479652 and learn more about our PIR and wider security capabilities.

Construction Site Theft is at an All-Time High

The ongoing shortage of building materials has pushed construction site theft to an all-time high,…