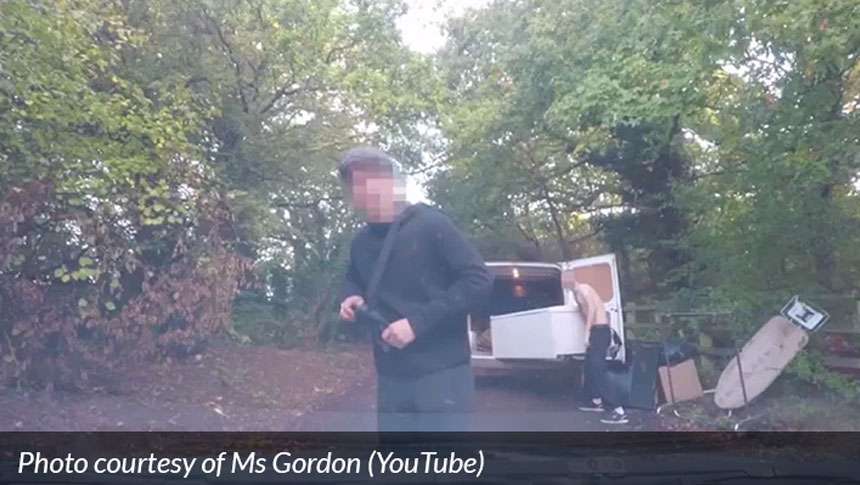 Three men were caught on camera dumping a fridge, an old ironing board and many other items on the side of a country lane.

Ms Gordon, a lady who was driving along the country lane, was forced to stop because a van was blocking her way whilst three men had stopped to remove their waste by fly-tipping.

As she stopped the car, one man aggressively approached her demanding; “what do you want?” She replied; “What do you think you’re doing? It’s illegal dumping rubbish.“

Another man noticed her dash-cam and insisted she give it to him. “It’s fine, what’s that? Is that a camera? Give me your camera!”

Ms Gordon reversed at speed to escape the men, one of whom jumped onto her car bonnet. She swerved, causing the man to fall off, and continued to reverse until the men were out of sight.

On YouTube, where Ms Gordon posted the video, she wrote: “This happened a year ago. Only putting it online now it now because I was scared to upload it before.”

Fly-tipping is a major issue across the country, with almost half a million incidents reported between 2016 and 2017, which incurred astronomical expenses for waste removal services. Fortunately, the above encounter is rare, but the lengths some people will go to in order to illegally dump rubbish is a growing concern.