The rubbish problem around us… 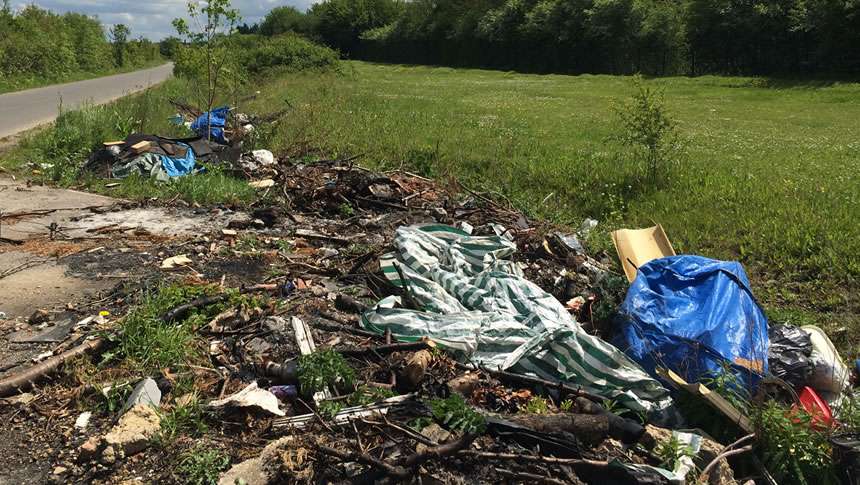 Fly-tipping is a scourge on any landscape, in the countryside, our city streets or any likely property with a bit of space, especially if it is vacant.

Unfortunately, this blight is on the rise as cash-strapped councils, desperate to save money, increase the cost of bulk waste removal services and cowboy operators seek to avoid the rising costs of legal waste disposal. It doesn’t matter if it’s an unwanted furniture from someone’s home, builder’s waste from a commercial site, or old filing cabinets from an office, it all has to be paid for at the Council tip or recycling facility.

Most of us should know that if a contractor offers to clear your site or driveway for fifty quid, then the likelihood is that your rubbish will be fly-tipped. Did you know it costs around £140 a tonne to dispose of rubbish at a licensed waster transfer facility, and that’s before labour and vehicle expenses? Paying people to remove commercial rubbish cheaply is one step removed from fly-tipping it yourself.

According to latest figures from DEFRA, almost 1 million crimes of fly-tipping were reported by councils across England during 2017-18. Councils recorded 997,553 incidents of illegal dumping, an average of more than 2,700 a day. And just think, this is only public sector reporting, consider what the real figure would be when fly-tipping on private property is included.

The Government said two-thirds of fly-tipping involved household waste and the number of ‘significant/multi’ load incidents increased last year by a shocking 45%. Furthermore, the involvement of serious and organised criminal gangs in the waste sector appears to be increasing and these gangs are often involved in large-scale dumping.

So what can we do to prevent this happening on our property…. which would make us liable for the eye-watering vacant property clearance costs? And they can be eye-watering… tens of thousands of pounds to remove fly-tipped rubbish from a site. This is because the waste often includes hazardous materials: e.g. needles and drug paraphernalia, or dangerous/noxious substances which require biohazard cleaning company to handle them. Learn more about flammable waste removal.

Vacant property of any sort is a magnet for fly-tipping but, in reality, any site that isn’t properly protected is vulnerable when there is no one around. Fly-tippers are resourceful and determined but if you keep your building or site secured and make unauthorised access difficult, it should keep them and their lorries and trucks out. A little bit of forethought, or acting on advice from void property security experts like ourselves, is a small outlay compared to the expensive problem you will have to deal with if fly-tippers get in. And, apart from the waste they dump, since they are frequently itinerant groups with no fixed abode, if the property is vacant, it often gets occupied illegally and trashed as well, with anything useful or valuable, such as copper piping or lead from the roof, stripped and taken off to sell.

Food for thought but regrettably it’s the world we live in these days.

It really is a case of being safe and not sorry so why not spend ten minutes today thinking about your vacant building or site and how secure it really is, or just pick up the phone and ask us for advice?