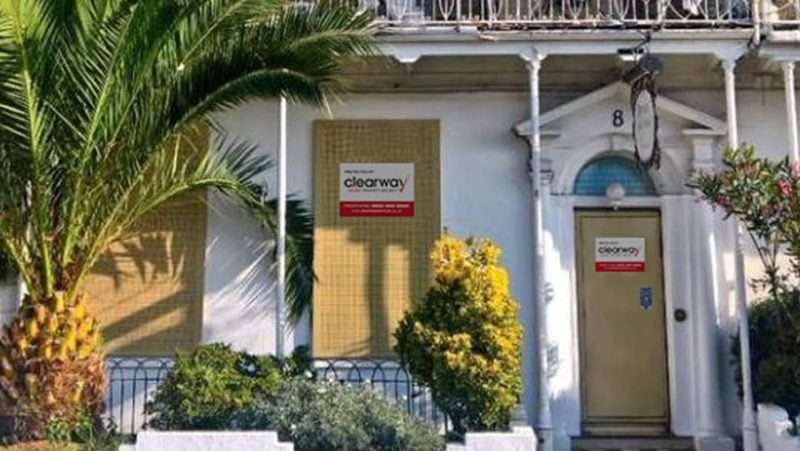 Terrace Guest House, a former hotel in Royal Terrace, Essex was taken-over by squatters whilst the building was being refurbished. They immediately put up signs within the property claiming they had the right to live there.

The squatters were accused of bringing crime and antisocial behaviour to the area before finally being evicted. The first group of squatters left after the electricity was turned-off but a second group moved in a week later.

A resident said “There has been noise, rubbish and intimidating behaviour from these people.

Another said “It has been 13 weeks of hell” before the courts issued an order to evict the squatters.

Once vacant we secured the property using our steel screens and temporary security doors which provide a highly visible deterrent and are perforated to provide light and ventilation. Learn more about window boarding.