Lockdown results in a massive increase in fly-tipping incidents 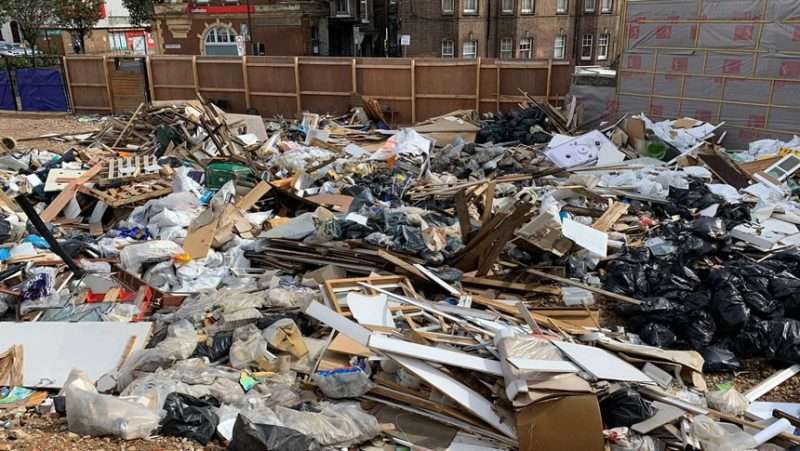 As lockdown forced many councils to close community household waste recycling centres, incidents of fly-tipping have seen a massive spike in numbers. Just one example, in Wigan, Greater Manchester, a 51% increase in fly-tipping was recorded during the lockdown.

In 2019 there were more than a million reports of fly-tipping across the UK, costing UK tax-payers an estimated £60 million and there were obvious hotspots where fly-tipping is a major issue even before lockdown. Hotspots such as Newport, in South Wales, where an abandoned industrial development, known as ‘the road to nowhere’, sees regular fly-tipping on a massive scale, often with hazardous waste.

Brian Miles, Newport’s local Councillor says it’s never been so bad and explains; “Looking at the waste that’s down here, we think it’s quite organised. There’s a lot of shop clearance down here… it ranges from demolition to toys to clothes to fridges.”

Catching fly-tippers red-handed is notoriously difficult since there are so many opportunities to dump unwanted waste right across the UK. Prosecutions are sometimes successful, as was the case with two members of the same family in Rotherham who were convicted in late 2019. These guys openly advertised their ‘waste removal services‘ using leaflet drops and social media and were eventually tracked down and apprehended.

North Yorkshire’s Police & Crime Commissioner, Julia Mulligan, said: “The total harm to the British economy, of waste crime, is estimated at about £800 million pounds a year.”

The rural communities campaign group, the Countryside Alliance, blames much of the illegally dumped household waste on people clearing out their homes and gardens during the lockdown. In some areas they have reported a 300% rise in fly-tipping, citing closed recycling centres as the main motivator.

Despite the continued increase in fly-tipping incidents, and the drain the clean-up has on local authority funds, the public is encouraged to report incidents because of the impact it has on the environment and risks to health.

To aid in prevention and removal of fly-tipping, Martin Montague developed a free mobile app called ClearWaste. The app is fully location-aware and enables anyone in the UK to report an incident of fly-tipping by sending the photos taken direct to the appropriate council. At the time of writing, almost 7500 incidents have been reported using ClearWaste across the UK.