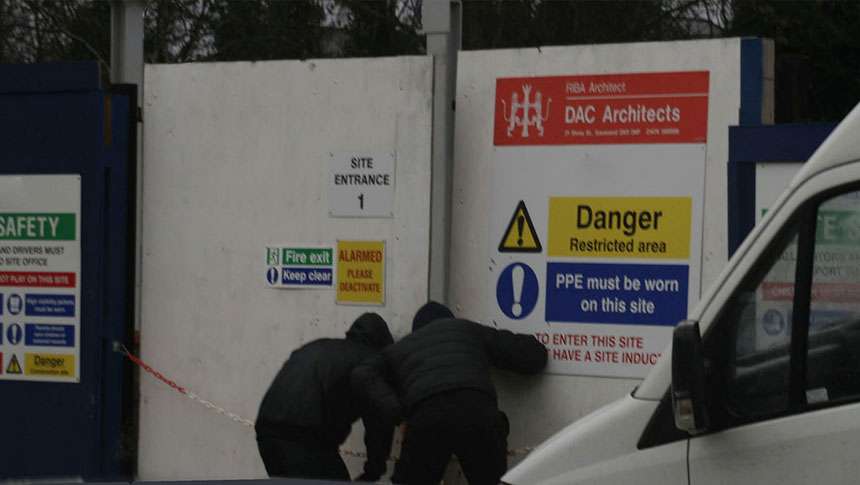 According to the Chartered Institute of Building (CIOB) one in five tradespeople experience theft and vandalism every single week, with many crimes not being reported so the figures are undoubtedly conservative. It paints an extremely concerning picture, especially as insurers Allianz Cornhill reckon that theft alone is estimated to cost the UK construction industry more than a staggering £800m annually.

Sussex Police Inspector, Peter Dommett, who leads a crime prevention team in the region agrees. “These crimes are on the increase, with expensive tools and plant being stolen. We get at least one report a day in Mid-Sussex alone, often with shipping or site containers being broken into. We’ve even seen ‘walk-on’ thefts where people dress as workers and simply walk about taking items in broad daylight”.

He says that the main causes of theft are:

And has this advice for tradesmen with a commercial van:

And for construction site managers:

Caught in the act by Clearway inView CCTV Tower

Buying a new property? Be careful of Japanese knotweed

Experts have warned; buyers of new build properties are at risk to Japanese knotweed due…

School’s out for Summer!