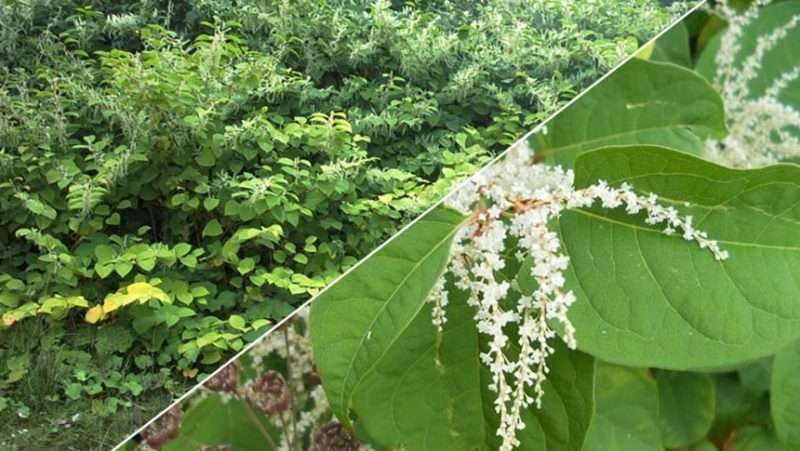 Whilst the rumours that Japanese knotweed can grow through solid concrete foundations or break into underground water pipes are untrue, it is an extremely aggressive plant, growing at the rate of 1 meter every three weeks during its growing season.

The ability of Japanese knotweed to reproduce so aggressively is partly because the tiniest piece stem can efficiently reproduce (a fingernail-sized fragment is enough to grow into a whole new plant) and partly because of its ability to extend underground so it’s extremely difficult to know where the plant will pop-up next. The roots can grow up to 3 metres downwards and up to 7 metres across.

In Japan, the plant is kept under control by the presence of insects or other plants but these are not [yet] present in the UK.

Prime growing time for Japanese knotweed is spring to summer. Early identification and treatment is the best course of action.

It can almost impossible to dig-out Japanese knotweed because the bulbs are buried deep in the earth. It’s also illegal to remove Japanese knotweed waste from a site. As such, industrial-strength herbicide treatment is the only effective eradication method but even this can take 3-4 years of chemical treatments applied 3-4 times per year. Smaller plants can be sprayed but larger plants will require injecting individually. The strength of chemical required can only be purchased by a qualified treatment specialist such as Clearway.

Alternatively, you can cut the stems, peel, boil and serve them up like Rhubarb!