Is fuel theft set to rise following the ban on Red Diesel? 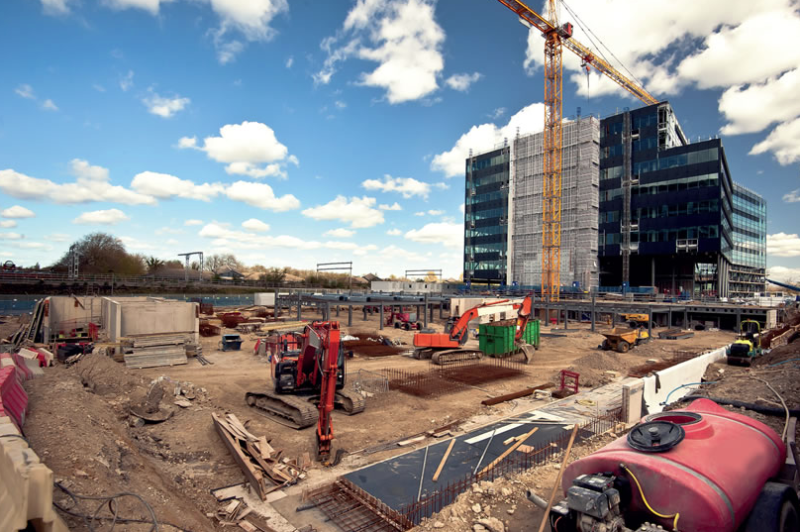 However, this could have a worrying knock-on effect for any business using red diesel for the true purpose it was invented: to ward off fuel thefts that cause costly financial and operational delays. In this article, Clearway explains the potential security threats that may arise once the ban is in place and what you can do to protect your company against a potential rise in fuel thefts.

Why could the ban affect you?

Red diesel is typically used to fuel off-road vehicles and plant machinery for common activities such as construction and highway maintenance. If you are currently operating a vacant site with plant or machinery stored on-site, these are likely to be using the red diesel in question.

Why is this diesel red?

The red dye used in the diesel acts as a tracing mechanism, ensuring that the fuel can be traced back to its origin and therefore acting as a deterrent for theft of both the vehicle/machinery and the fuel it contains.

In the absence of this dye, stolen diesel cannot be detected, making it more likely for the assailant to get away with their crimes as there is limited evidence against them. A rise in attempted thefts is likely to ensue, which could be costly for your operations both from a financial standpoint and the resulting delays in various projects, so it’s important that steps should be taken to minimise these threats.

The ban leads to huge financial implications as companies switch from red diesel to white diesel – it will effectively double fuel costs. With diesel prices rising due to recent economic events, the impact on companies who rely on their plant and machinery is even greater. According to the Civil Engineering Contractors Association (CECA), the ban is likely to cost the UK construction industry alone between £280m – £490m a year.

In June 2019, the UK became the first major economy to pass laws guaranteeing an end to its contribution to global warming by 2050. The target will require the UK to bring all greenhouse gas emissions to net zero by 2050.

This law was introduced with the hope of encouraging the usage of cleaner, more energy-efficient fuel sources to improve air quality and reduce the impact of diesel usage on the environment. Red Diesel has been used for decades in the construction industry with huge detrimental effects to our planet from extensive environmental pollutants. Currently the use of red diesel accounts for around 15% of all the diesel used in the UK and produces 14 million tons of carbon dioxide each year. Red diesel used in the construction industry was estimated to have caused 7% of nitrogen oxide emissions and 8% of PM10 emissions (harmful particulates) in London in 2018.

The change appears to be having the desired effect, with leading companies such as Laing O’Rouke already announcing that “as a result of replacing red diesel with hydrotreated vegetable oil (HVO) in all its plant before the end of March, carbon emissions from plant are set to reduce by “up to 90 per cent.”

The change also comes after a review of how much businesses pay for fuel in comparison to car owners. The price per litre was considerably lower for businesses, however, the emissions were exactly the same.

In the same way that the proposed 2030 ban on the production of new diesel / petrol-powered cars has sparked an increase in electric car production, the government is also hoping for this change to be a catalyst for innovative vehicle design companies to reimagine their current solutions and produce the energy-efficient plant and machinery of the future.

So what is the current state of fuel theft in the UK? The latest investigation, which was carried out in 2019, estimated that fuel theft cost in the UK totalled £9 million, with around 120,000 thefts occurring nationally in 2018.

Since then, vehicle usage has varied greatly in subsequent years following the covid 19 pandemic but worryingly, police stats showed that 99% of these crimes went unpunished.

Due to the prevalence of this type of crime, experts and police organisations are advising commercial outfits to invest in security technologies to help deter opportunistic thieves. A spokesperson for the Yorkshire police said “Detecting offences of this kind is reliant upon, in most cases, good quality CCTV to identify offenders or the registration number of a vehicle. “If either of these are not available there are very few additional lines of enquiry.”

Having eyes on your expensive plant and machinery is a surefire deterrent against theft as well as protecting your business with clear, good-quality evidence in the event of a security breach.

Clearway specialises in cutting-edge solar-powered CCTV towers, they are not only one of the most effective visual deterrents; they offer great protection and surveillance across vast areas of land without the need for mains power.

As they are powered by solar energy, it’s a fixed cost with no price fluctuations unlike fossil fuels, and you don’t need to top them up twice a month. They run silently so there are no concerns about noise pollution, they support your net zero sustainability commitments, and a tower can be up and running within one hour of arriving on-site. Importantly an inView CCTV tower is a much more cost-effective solution than diesel powered generators or security guards.

Our CCTV towers are ideal for large sites due to the wide-reaching nature of the cameras. The mast-mounted camera can pan, rotate, zoom, focus and record events in real-time, providing high definition footage to be used in the event of a security breach. All of our CCTV can come with the added peace of mind of 24/7 remote surveillance by our in-house NSI Gold accredited monitoring station. You can read more about our CCTV tower options here.