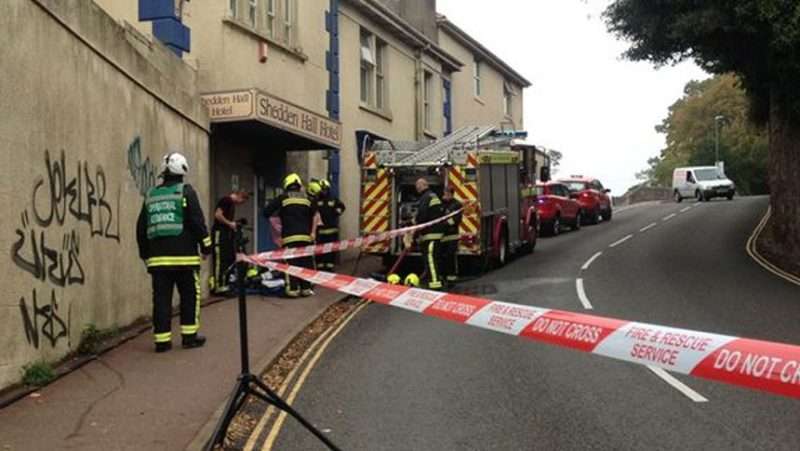 On the 26th September 2017 more than a dozen firefighters were called to battle another blaze at the former Shedden Hall hotel, Torquay. The hotel has been vacant for several years and is now a well-known squat and drug den. An investigation is underway to establish the cause of the fire.

The once-luxurious hotel, that overlooked Torquay Torre Abbey Sands, has recently been granted planning permission by Torbay council to be turned into homes. Development should hopefully begin soon and unwanted intruders will be evicted.

This was the second call the fire-brigade had received within a few days, which shows the vacant building is wasting the time of emergency services.

The property was protected with wooden boarding. Wood can break easily meaning squatters are able to gain access. Wooden window boarding on properties are prone to arson and is frequently used to fuel fires started by the intruders. As vacant property specialists we recommend perforated steel sheet which allows light and ventilation into the property, whilst being a visual and physical barrier. Ideally this would be fitted alongside Clearway’s metal screen security doors to allow personnel access to the property where necessary.