Caught in the act by Clearway inView CCTV Tower 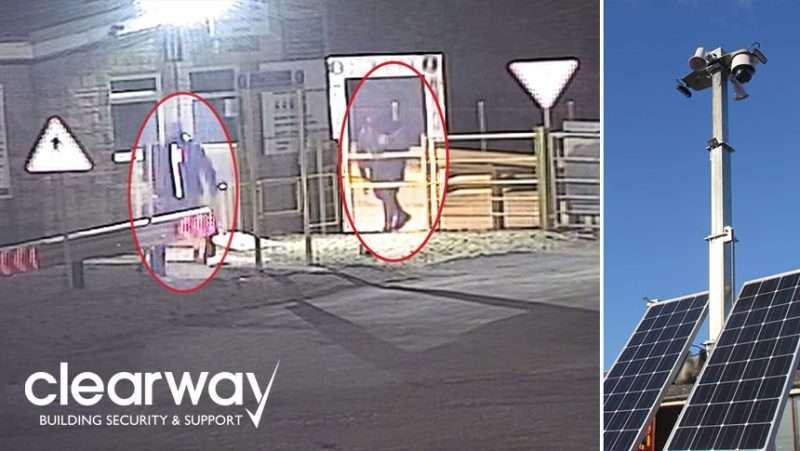 A commercial estate in Oxfordshire was hit by thieves on more than one occasion and a lot of valuable IT equipment was taken.

Despite having made previous visits we were confident the intruders would come back again so, rather than just deter the thieves, the owner wanted to catch them in the act.

The Clearway inView mobile CCTV Tower was the perfect solution with infrared lighting and low-light camera capability. Positioned near the building, facing the entrance to the site, the scene was set to catch the thieves red-handed.

The plan worked perfectly as two individuals were detected entering the site in darkness. They were immediately detected and reported by the monitoring station to the authorities.

A response unit was dispatched within 25 minutes, the individuals were detained and subsequently arrested by the Police.