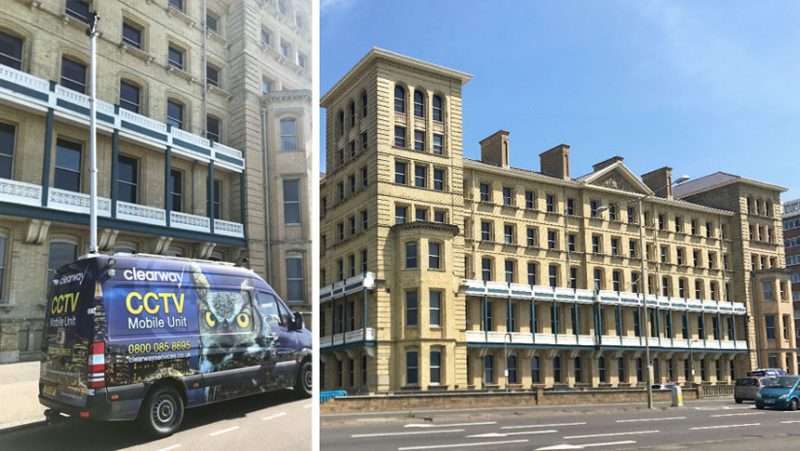 What would be the perfect building for a rave? A vacant one.

There was talk, on social media, of a rave potentially going to happen in Brighton.

The perfect venue; a large, empty, commercial building and full of opportunity.

The building in which the rave was planned to take place was vacant and due to be sold for conversion into flats.

There were already regular security patrols around the building and smashed glass from some broken windows was noticed by the security guard, suggesting that one of the rave organisers had been inside the property ensuring it was a suitable venue.

Clearway was immediately called to secure all the vulnerable openings of the basement and to secure with chains and padlocks the pedestrian gates which lead down to the basement.

Clearway’s high-tech Mobile CCTV Van unit was hired for three weekends. The CCTV monitoring van was positioned on the south side of the building, being used mostly as a visual deterrent. The Pan-Tilt-Zoom camera was set on ‘guard tour’ to show it was in use and working.

Security Guards with two dog units were also required to be on site all weekend.

Needless to say, the rave didn’t happen and the building remained secure and undamaged.