Are you a member of the construction industry 1 in 5 club? 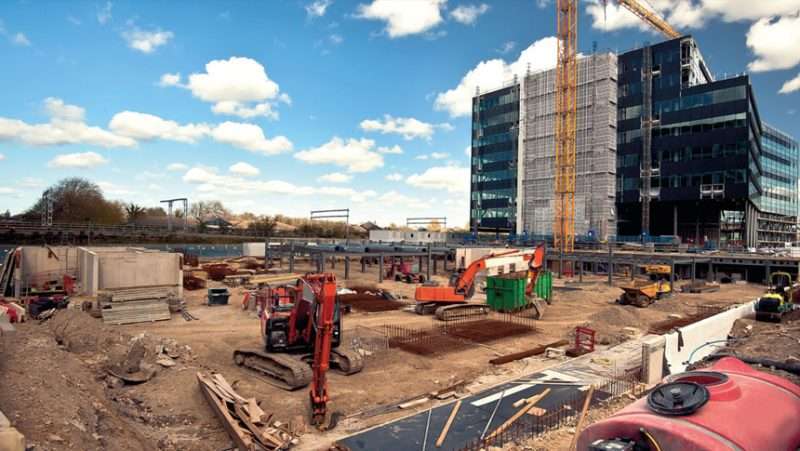 What are we talking about? Building site theft and vandalism on a shocking scale, even arson. Intimidation and threats to on-site workers. Criminal gang activity with the supply of illegal labour. Drug dealing and drug usage. Illegal land occupation. Anti-social behaviour and graffiti.  Dumping of illegal waste, kidnapping …. and there’s a lot more.  The Christmas shut-down is now looming but are you adequately prepared?

The CIOB’s (Chartered Institute of Building) last report on crime in the construction industry1 revealed 1 in 5 experienced theft and vandalism on a weekly basis, and virtually everyone suffered problems at some point during the year. What’s more, the CIOB said a lot of the crimes never even got reported so the figures were undoubtedly extremely conservative. In many instances, some management admitted to not even knowing if criminal activity was going on across their site. Quite unbelievable.  Added to this, only a couple of months ago the Federation of Master Builders reported2 that tool theft was at an all-time high causing real financial and other issues for many. FMB chief executive Brian Berry said: “More than half of builders in the UK have fallen foul of tool theft with concerns growing over a crime wave wreaking havoc across the construction industry. Tools are being stolen from vans and direct from construction sites, with some builders even being assaulted by would-be thieves….”

It paints an alarming and extremely concerning picture, especially as major insurers, Allianz Cornhill, reckon that theft alone is estimated to cost the UK construction industry more than a staggering £800m annually according to their statistics at the end of last year3. Think about it, what does that do to insurance premiums?

Since the recent FMB report suggests matters are deteriorating, not improving, it seems the industry still hasn’t got its act together to try and improve matters. This is supported by a recent comment just last week from Sussex Police Inspector Peter Dommett who leads a crime prevention team “These crimes are on the increase with expensive tools, plant, JCBs etc. being stolen. We get at least one a day in Mid-Sussex alone, often with shipping containers being broken into. Crawley has seen ‘walk-on’ thefts where people dress as workers and simply walk about taking items”.

With the Christmas shutdown upon us, bear in mind it could easily be extended if we have a bout of bad weather in January. The question is, are you ready and is your building site secure? Or are you going to continue to be a member of the 1 in 5 Club?

Securing a site can be very easily and quickly arranged by experts such as Clearway Services.  Whatever your problem, it can be sorted at short notice. Taking the recommendations of the CIOB Dep CEO and Inspector Dommett, proper secure fencing can be erected, temporary concrete blocks installed at the site access points to stop thieves getting in, never mind driving off with valuable plant, materials and equipment while the site is shut down; a wireless temporary alarm system can be fitted and one or more advanced rapid deployment CCTV Towers. Running off mains or solar power and communicating via the mobile network, these babies will be your eyes, surveying all the site with their swivelling, high-definition movement-activated cameras. When triggered, they can issue voiced warnings to trespassers so they know they’ve been spotted if they have managed to break in. The site alarm activation and site CCTV live video are instantly beamed back to Clearway’s state-of-the-art NSI Gold Alarm Receiving Centre who, in turn, will raise an alarm, send out a security guard/k9 security patrol and/or contact the police to apprehend the intruders. Read more about construction site security services here.

Why delay. Why take risks? Why join the Club this Christmas or at any time? Aspire to be one of the 8% and have a peaceful Yule in the knowledge that the experts can be on your side with just one telephone call and you can enjoy a simple security solution tailored just for your requirements.