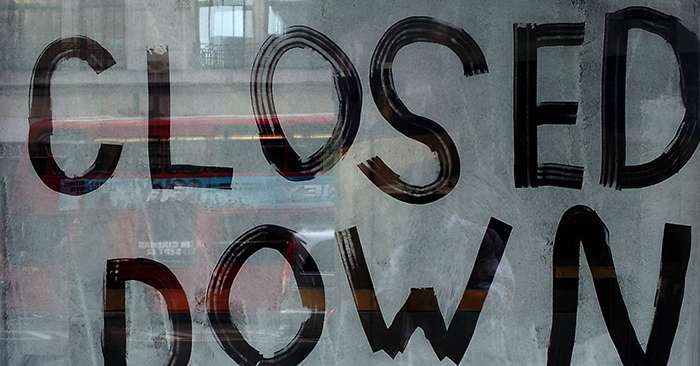 Some say it was simply a matter of time. Household name and chemist to the nation for decades, Boots, recently joined the growing list of high street stalwarts like Marks & Spencer, House of Fraser, Barclays Bank and countless others who are shrinking their estates, by announcing the closure of around 200 Boots stores, mostly local pharmacies. This equates to just under 10% of their outlets.

The news had hardly been absorbed before William Hill announced the closure of 700 betting shops with the potential for 4,500 redundancies.

According to data published in May that revealed the depth of the crisis on the high street, the number of shops now lying empty soared by more than 7,500 in 2018. Multiple retail chains were hardest hit, as Poundworld, Maplin, ToysRUs and Multiyork went into administration. New Look, Carpetright and Mothercare, meanwhile, were forced to seek legal agreements with their landlords to shut stores and slash their rent bills.

Boots said the stores are in locations where the company has a large number of branches within close proximity and the overwhelming majority of otherwise redundant staff will apparently be moved to neighbouring stores, which will come as a relief to the affected employees of the chain which has more than 2,400 outlets around the country, employing about 62,000 staff, and has been grappling with falling sales. The inexorable steamroller that is online shopping is taking its inevitable toll.

William Hill has 2,300 out of a total of about 8,500 bookmaker shops in the UK and employs 14,000 people across its retail estate. 700 William Hill stores out of 2,300 betting shops, and 200 pharmacy stores out of a total of 2,400 may or may not seem that many in the bigger scheme of things, depending on your viewpoint, but this might only be the start and more closures could be announced down the line; who knows?  However, even if most of the Boots staff are redeployed, apparently not all William Hill staff will be, and the fallout on our declining high streets will be more keenly felt as Boots and William Hill appear to have a store in every primary and secondary shopping location, as well as Boots being visible in most busy/major travel hubs.

Nothing is more off-putting to a potential retailer than a vacant shop premises which might be in a suitable location but needs considerable investment to bring it up to a standard which appeals to those discerning and demanding shoppers who still prefer to visit their local high street rather than shop online.

However, keeping an empty shop pristine and safe is a challenge for estate agents and property owners and, of course, it has to be cost effective in these times when a void can stand empty for months, if not years, gradually deteriorating and dilapidating.

Vacant property security is Clearway’s core business and we are the acknowledged experts in this field. We understand the need to keep an empty building safe, secure and in good condition and also that every property and location is unique and come with their own specific requirements.

No landlord wants squatters or vandals to gain access and strip the fabric of a building, smashing windows and doors or cover the property in graffiti. Neither do they want fly-tippers to dump rubbish in or around the property or for pests to invade, or rain to get in and cause flooding or damp… the list of potential problems is endless and the need to keep your empty property compliant with unoccupied property insurance requirements is never more important.

With Clearway looking after your empty property until it is re-let or sold, you get the very best advice from people with long and wide experience in securing all types of vacant buildings, and our regular and comprehensive property inspections will ensure your asset stays in good condition so it will be attractive to any prospective tenant.

For information on how to make sure your empty property complies with insurance requirements, take a look at our Unoccupied Property Insurance Compliance page

How are Sniffer Dogs and Security Dogs Trained?

There are a number of standards and accreditations, such as the National Association of Security…

What does the Met Police advise for protecting empty commercial premises?

How a Security Guard’s Role Has Changed Post-Pandemic

Throughout the UK, security guards are a familiar sight and provide vital services across public,…